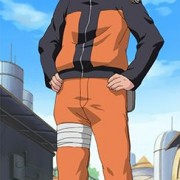 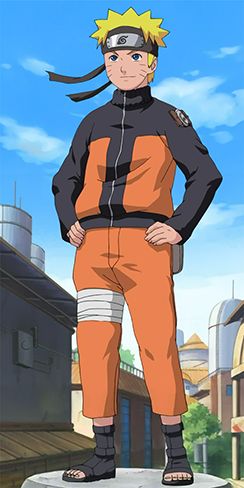 Uzumaki Naruto, the main character of anime and manga series Naruto, is a shinobi of Konohagakure and seen as an international hero by the middle of Part II. With today’s cosplay idea, you can cosplay Naruto’s look in Part II; aka Naruto Shippuuden Version. Naruto bears a striking resemblance to his father, having Minato’s blue eyes and blond, spiky hair. Geo Super Size Angel Blue Circle Lenses will be great for his eyes. In Part II, Naruto wears an orange tracksuit with black on around the neck and shoulders, down the front and sleeves, a white swirl with a tassel on the left side, a red Uzumaki swirl crest on the back, orange pants with a shuriken holster attached to his right knee. He wears long black bandanna version of the forehead protector and black sandals in Naruto Shippuuden. So, you will need Naruto Cosplay Konoha Headband and Uzumaki Naruto Cosplay Ninja Boots. As a shinobi, completing your costume with some weapons will be a great idea. We found three weapon options for you: Shuriken, Kunai or 3 Kunai Set. You can buy the one you like or buy them all. To carry them, Naruto Shippuuden Uzumaki Naruto Cosplay Kunai Bag Set is what you need. 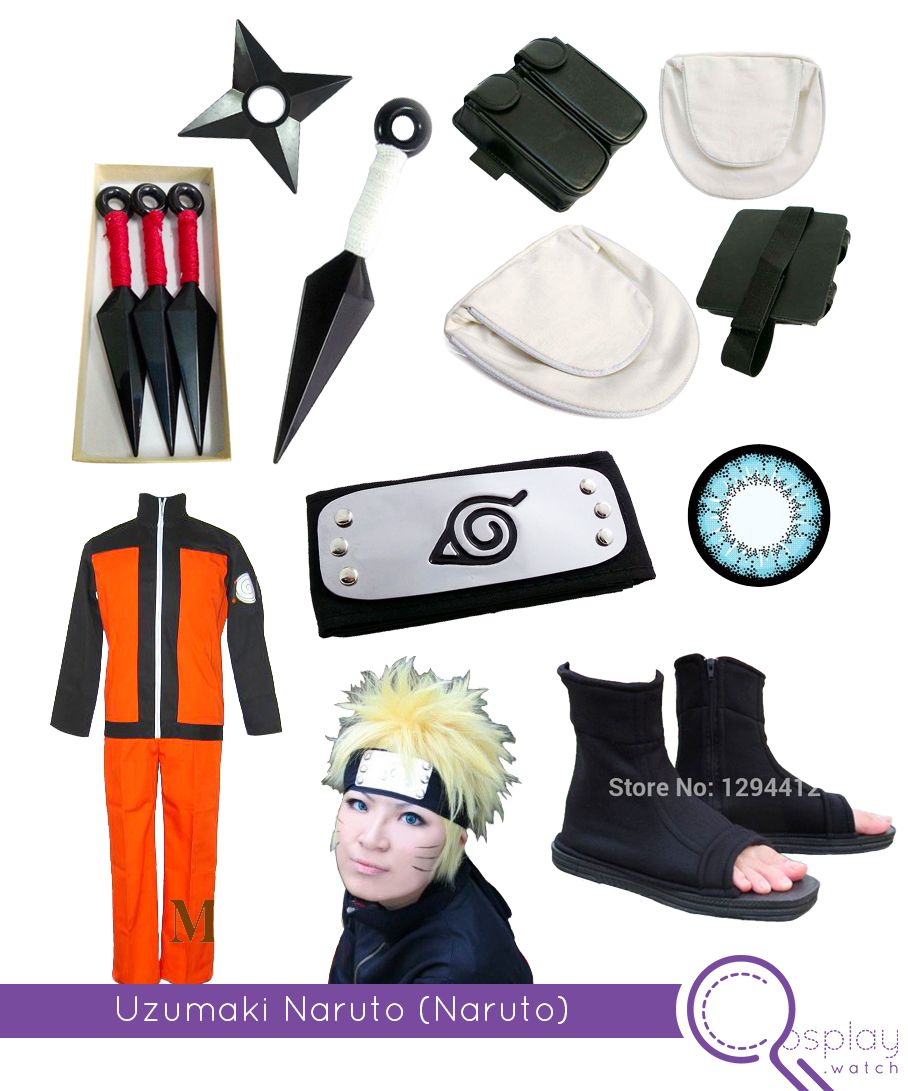 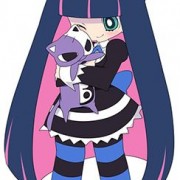 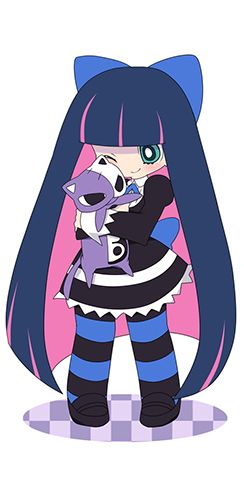 This week’s guest on Casual Cosplay Friday is the younger one of the Anarchy Sisters and pink-and-violet-haired gothic angel Anarchy Stocking from Panty and Stocking with Garterbelt. Stocking enjoys eating various desserts and sugary food, but doesn’t gain weight from consuming sugar, saying that the fat goes to her breasts. If gothic style is your thing and you have gluttonous appetite for sugary foods like Stocking has, you should really try casual cosplay of Stocking. For this casual cosplay, Long Sleeved Black Gothic Dress will be a good start. Blue and Black Stripped Stockings are a must have for Stocking and for shoes, we recommend Black Loafers. You don’t have to dye your hairs to pink and violet but you should use a big Blue Hair Bow on your hairs. And lastly, you can wear some blue nail polish on your nails. Sally Hansen Hard as Nails Xtreme Wear Blue It, will be good choice and you’re ready for Casual Cosplay Friday! Don’t forget to have some cake. But don’t miss the thread. You will surely gain some weight if you eat sugary foods as much as Stocking does. 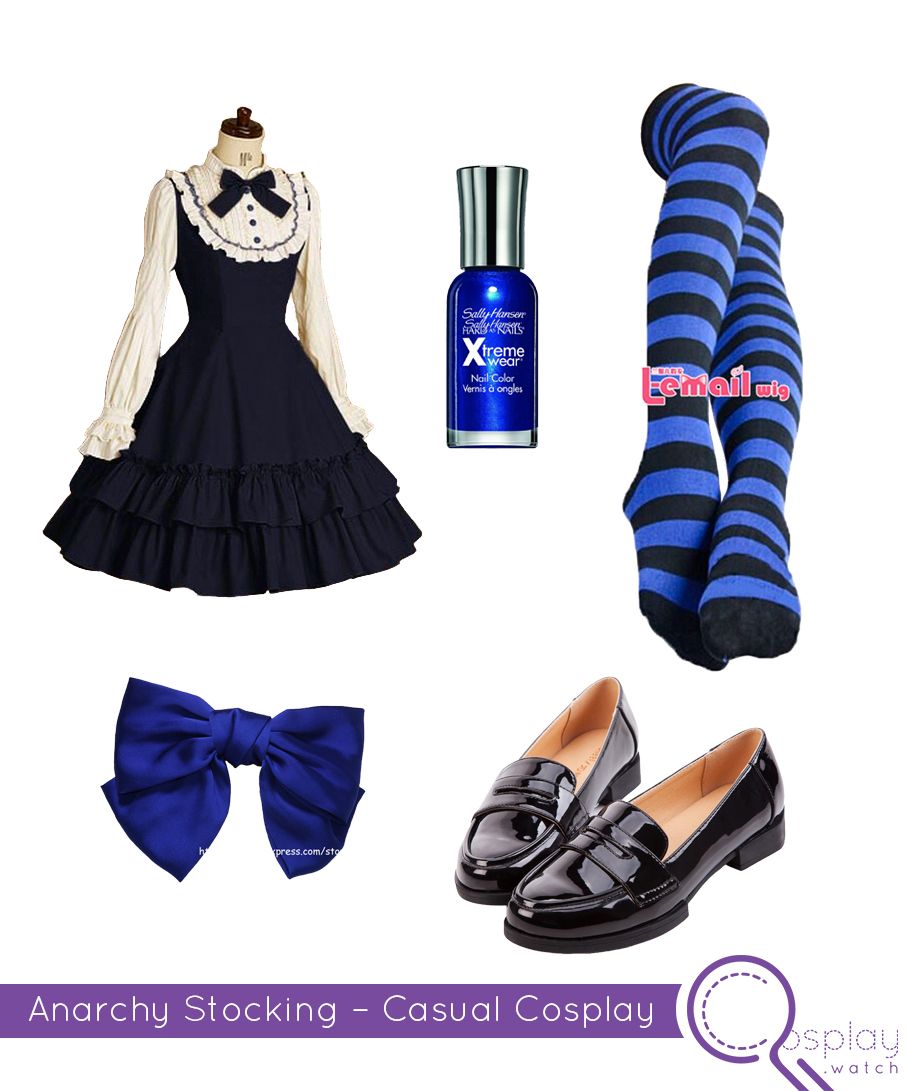 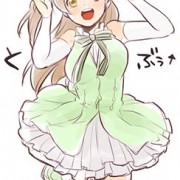 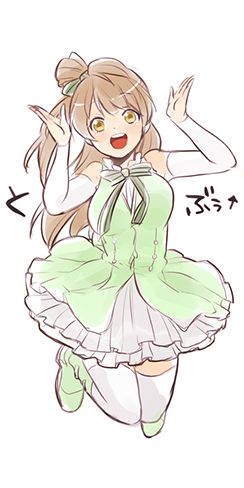 Kind, cute and soft voiced Kotori Minami is one of the nine main characters in Love Live! School Idol Project. She has brown hair, normally styled in a way where part of her hair is styled in a small chignon bun and has soft droopy amber eyes which is her charm point. EOS Dolly Eye Brown Circle Lenses would be a good choice for Kotori Minami cosplay. Kotori has a very huge aptitude for fashion and is the group’s designer. She is commonly shown in green. Costume which Kotori wears at the START:DASH!! performance on episode 3 includes a white dress under a green one, a green bowtie, white over sleeves and green headwear for her hair. You can find all of these items on the Kotori Minami Start Dash Cosplay Costume which we recommend. Complete the costume with wearing White Knee Socks and Kotori Minami Start Dash Cosplay Boots. You are now ready to stage. 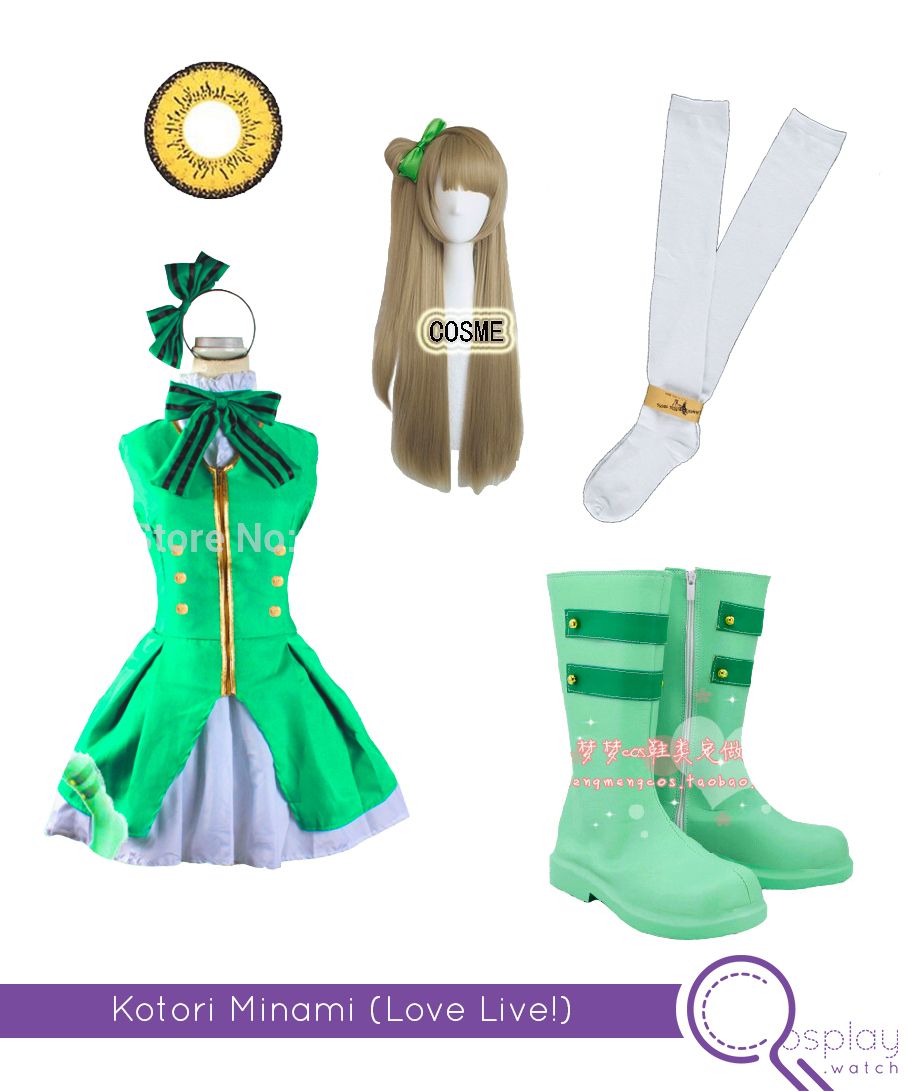 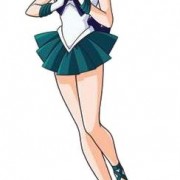 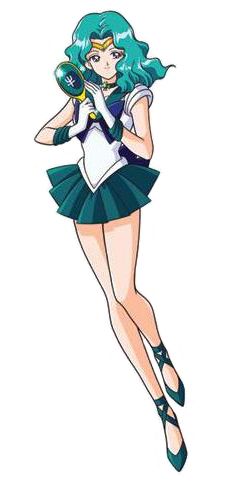 Sailor Neptune, aka Michiru Kaiou, is the eighth Sailor Senshi who was introduced in the third story arc of Sailor Moon franchise. Unlike the original Inner Senshi, she was not awakened by the moon cats in 20th-century Tokyo, but rather awoke on her own. Sailor Neptune fought alongside her partner and lover Sailor Uranus in defending the Solar System from outside threats. In both versions of the story, she was elegant, sophisticated, capable of sharp anger, sometimes cold and fully dedicated to her duty as a Senshi. Her powers were based on the sea or ocean. If you want to casual cosplay “Soldier of Deep Waters” on this Casual Cosplay Friday, start with Petal Collar White Blouse, Pleated Green Mini Skirt and Green Ankle Strap Pumps. To catch “Sailor Fuku” look, using a Blue Butterfly Bowtie and Bow Waist Blue Belt would be a really good choice. To complete her elegant look, we recommend you to wear Pearl Earrings. If you are fan of gloves, you can select one of the White Gloves on the link. 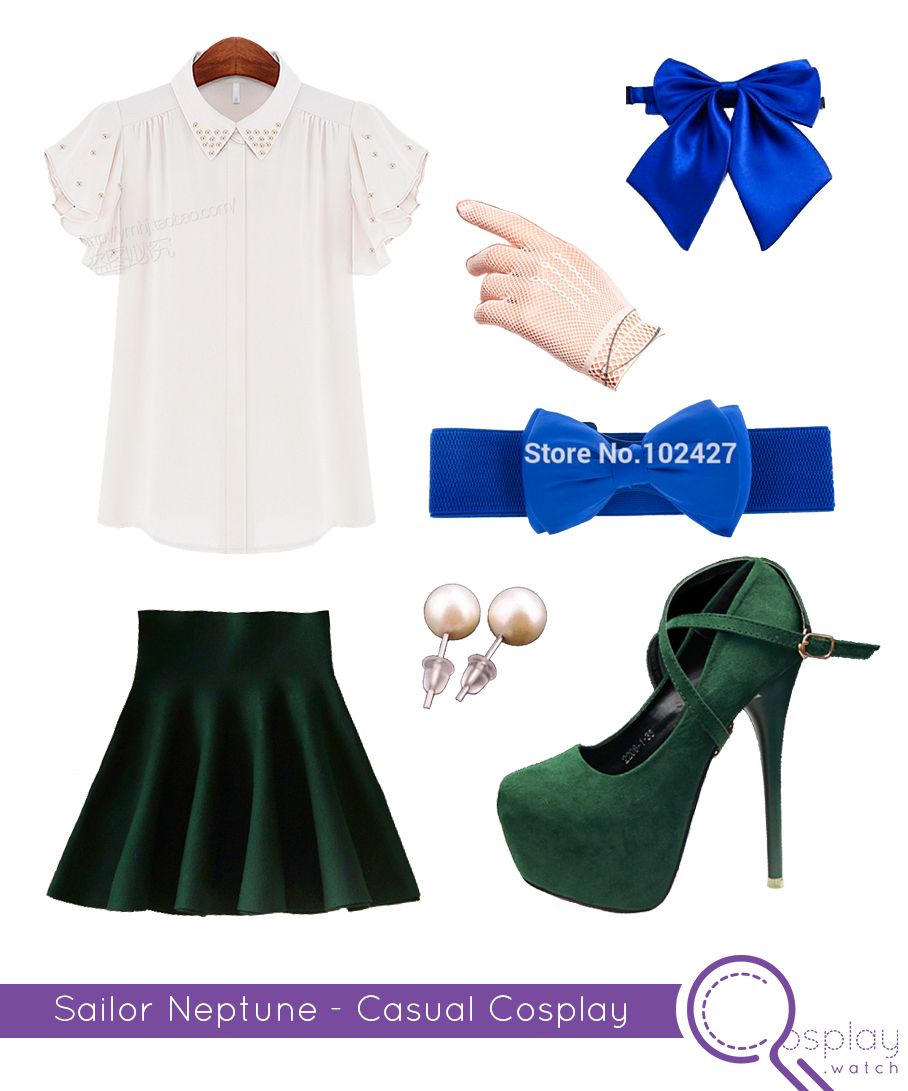 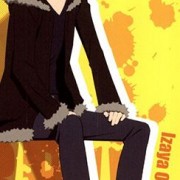 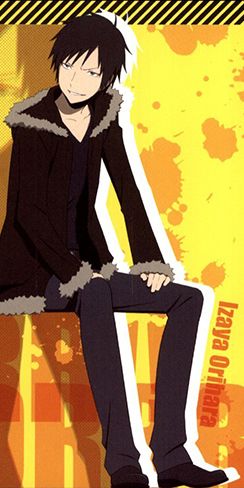 Powerful and skilled underground information broker Orihara Izaya is the young antagonist of Durarara!! series. He usually gives information for his own enjoyment and enjoys manipulating people in order to gauge their reactions. Izaya claims to love the entire human race, excluding Heiwajima Shizuo. He is considered to be one of Ikebukuro’s strongest men and he is also quite skilled with his flick-blade. He is implied to be the only one capable of leaving numerous cuts on Shizuo. Izaya has black hair and brown eyes. For Orihara Izaya cosplay, we recommend you GEO Hurricane Brown Circle Lenses. He wears jacket with fur collars, black v-neck shirt beneath his jacket, black slim fit trousers, black belt and black shoes. We listed all of them for you. To complete the costume, you will need two rings and a pocket knife. 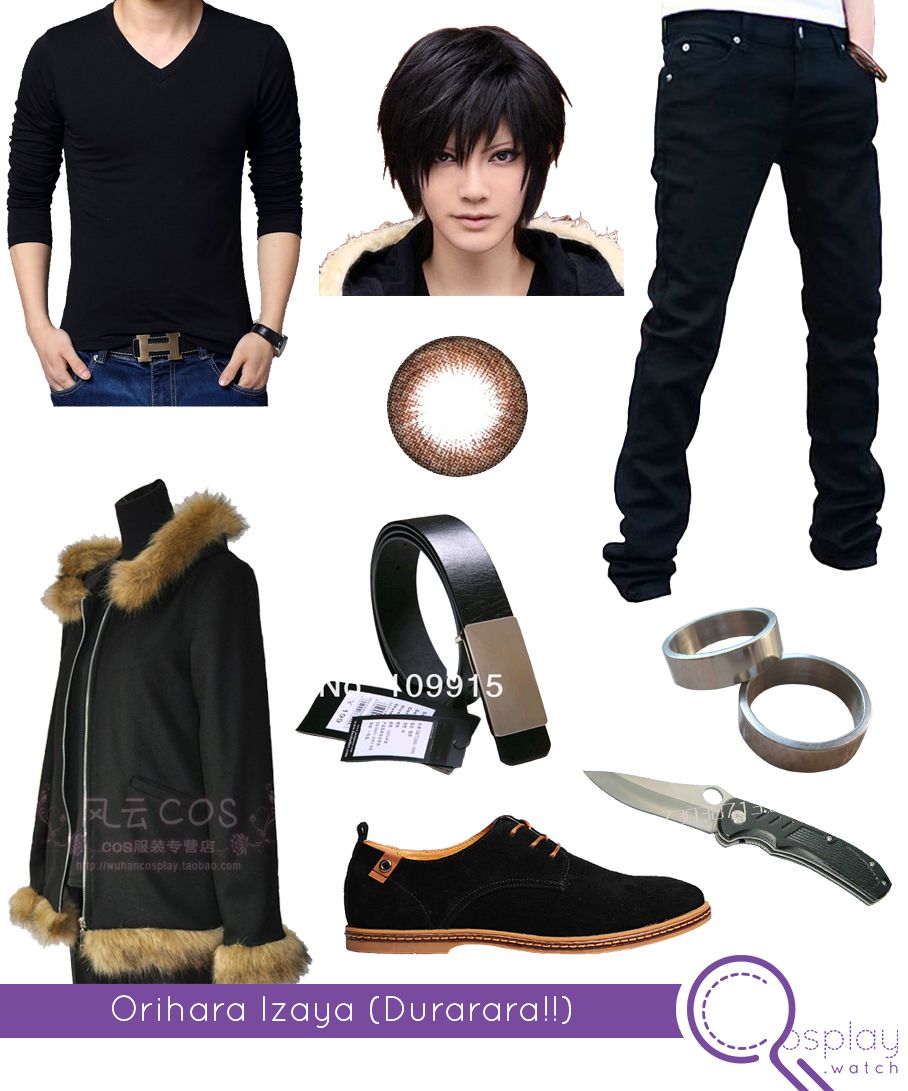 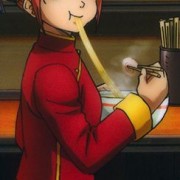 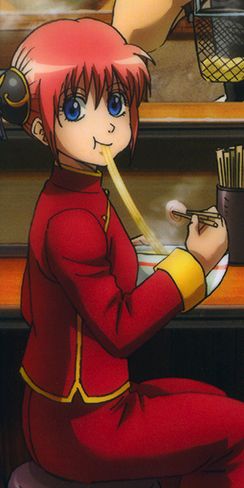 Sharp tongued and “unlady like” female protagonist of Gintama, Kagura is a member of the Yorozuya and an Amanto from the Yato Tribe. You can find the items you need for a Kagura cosplay with today’s easy cosplay idea. Kagura has vermilion red hair, which is tied in two knots to the sides of her head and are covered with hair ornaments. For her ocean blue eyes, choose EOS New Adult Blue Circle Lenses from PinkyParadise. She has pale white skin. When outside, she’s usually seen carrying a purple parasol around, which is Yato clan’s weapon of choice and also works as protection from the sun. As the “China Girl” of the series, she mostly wears a red clothes with yellow piping and black shoes. Kagura also have an unusually strong appetite. She is able to consume large quantity of food within a matter of seconds. Nevertheless, her tastes are endearingly plain. Sukonbu, rice, and eggs are among her favorite foods. So, when cosplaying her, don’t forget to take extra food with you. 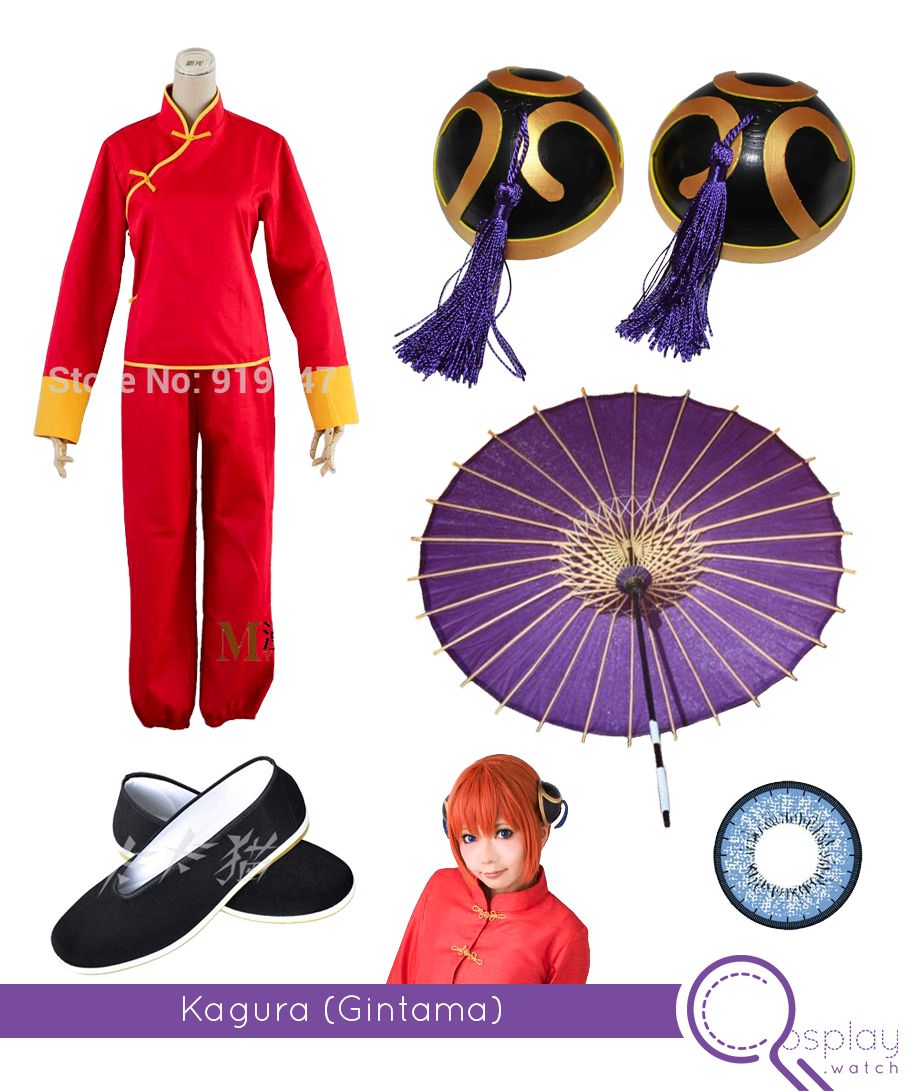 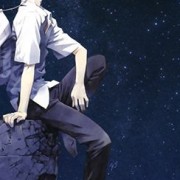 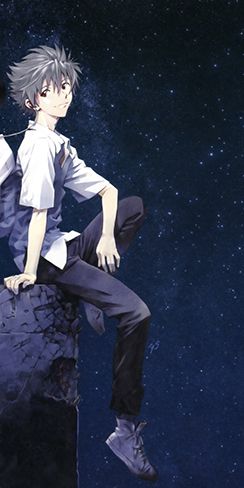 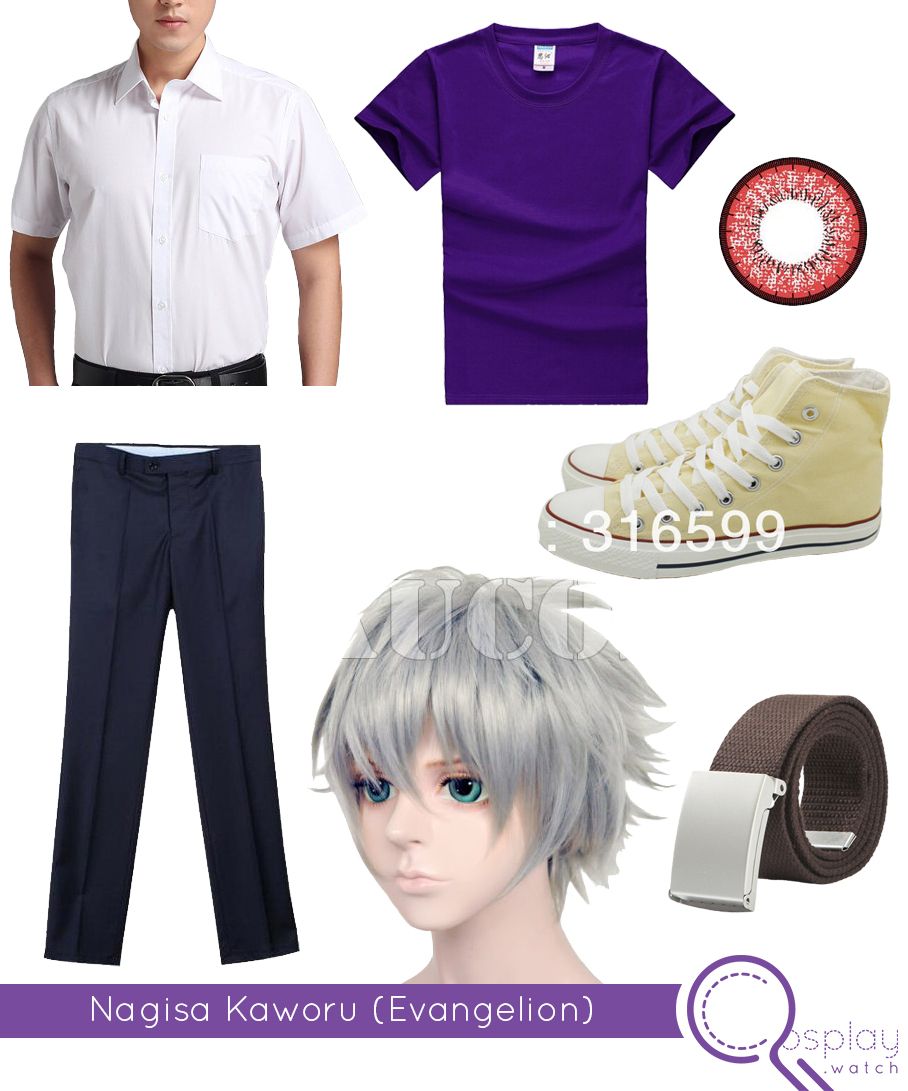 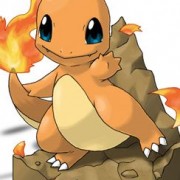 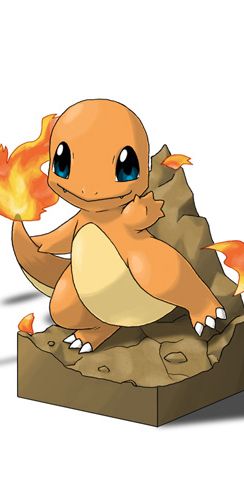 Charmander, probably, is the most people’s favourite starter from Pokemon series. And there is a reason for it. Charmander was created as one of the original 151 Pokemon and is a starter Pokemon the player can choose from at the beginning of Pokemon Red and Blue, and their remakes, Pokemon FireRed and LeafGreen. With this week’s Casual Cosplay Friday, why not bring its cuteness to your actual life with these orangey clothes? For this, we are recommending you to wear Yellow Sleeveless T-shirt under Orange Hoodie and Mid Waist Orange Shorts on the bottom. To complete the cuteness, prefer Orange Canvas Shoes and Orange Socks. That’s it! Cute and sportive; ready to go and beat gym leaders of real life with this version of charmander casual cosplay. 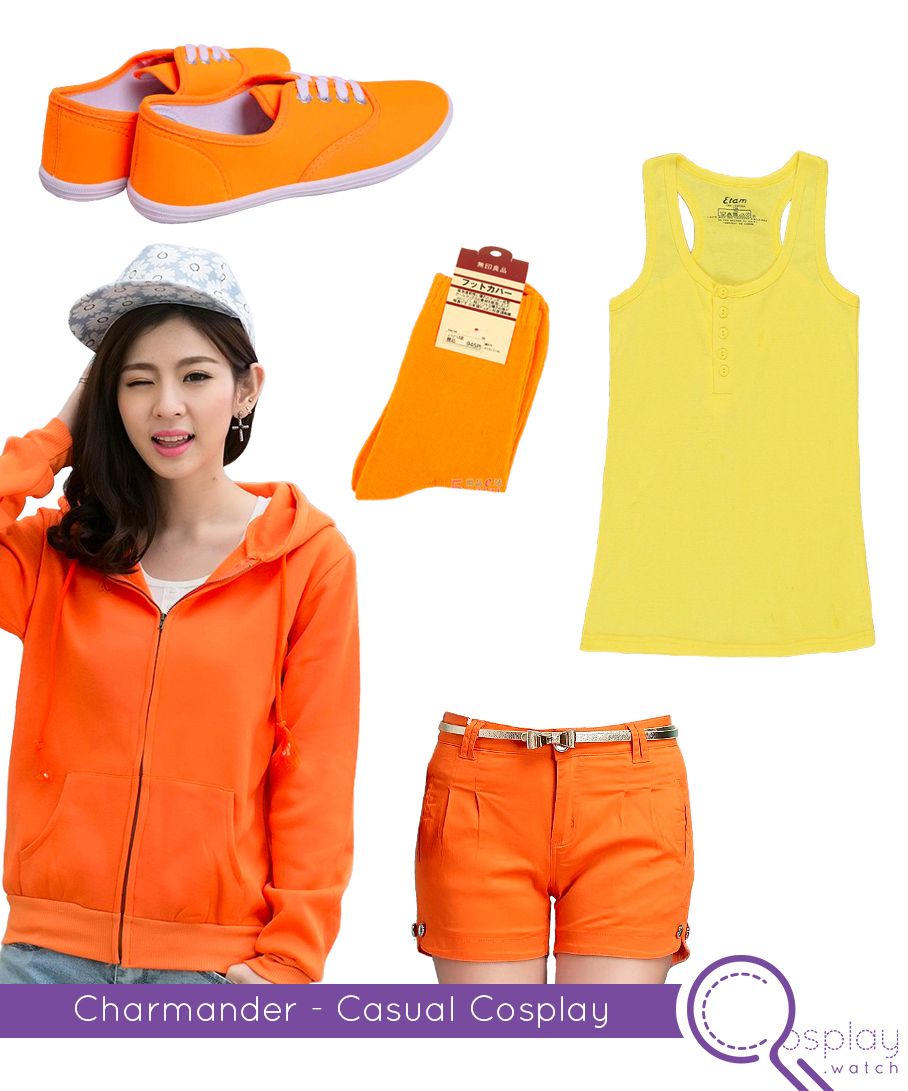 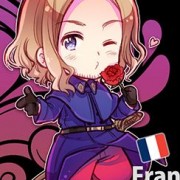 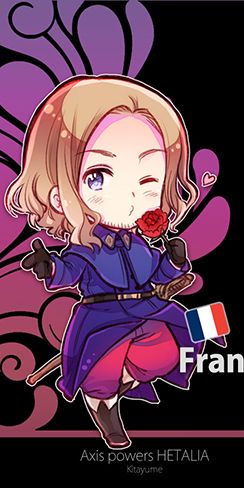 Today’s cosplay idea from us is Hetalia’s romantic and carefree big brother France, or Francis Bonnefoy. With his shoulder-length blond hair and blue eyes, he is here to take your hearth away and annoy the thick-browed Englishman. For his enchanting eyes, Dolly Eyes’ Blue Starry Eye Lenses are just perfect. He explains away his military defeats by attributing them to a joke from God, but still insist to wear his flashy military uniform: a long blue cape with a capelet over his coat, a belt worn over his coat, black gloves and red pants. You can find all this items on the Hetalia France Cosplay Costume which we recommended. You can think brown is not a stylish color but, think again. Because, France complete his style with brown boots. As a friendly reminder, taking a red rose with you will be a good choice for some “occasions”. So, are you ready? Très Bien! 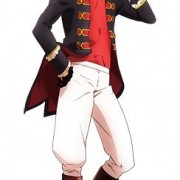 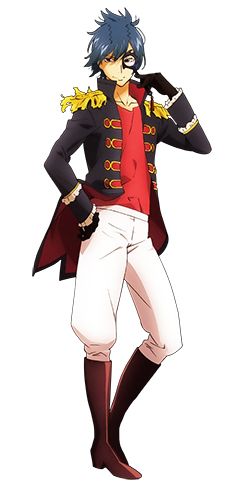 Katekyo Hitman Reborn!’s powerful and dangerous illusionist Daemon Spade was the first generation Vongola Mist Guardian who betrayed Vongola Primo in the past. He wore a French-like blue military uniform, red shirt beneath his uniform, yellow epaulette, white long pants, black gloves and brown boots. He strictly resembles Mukuro in looks and personality. Like Mukuro, he also has a pineapple hairstyle. But, if you want to do Daemon Spade cosplay, you will need a shorter turquoise wig with bangs and two zigzag partings. For his misty blue eyes, we recommend you EOS Pop C Dark Blue circle lenses. 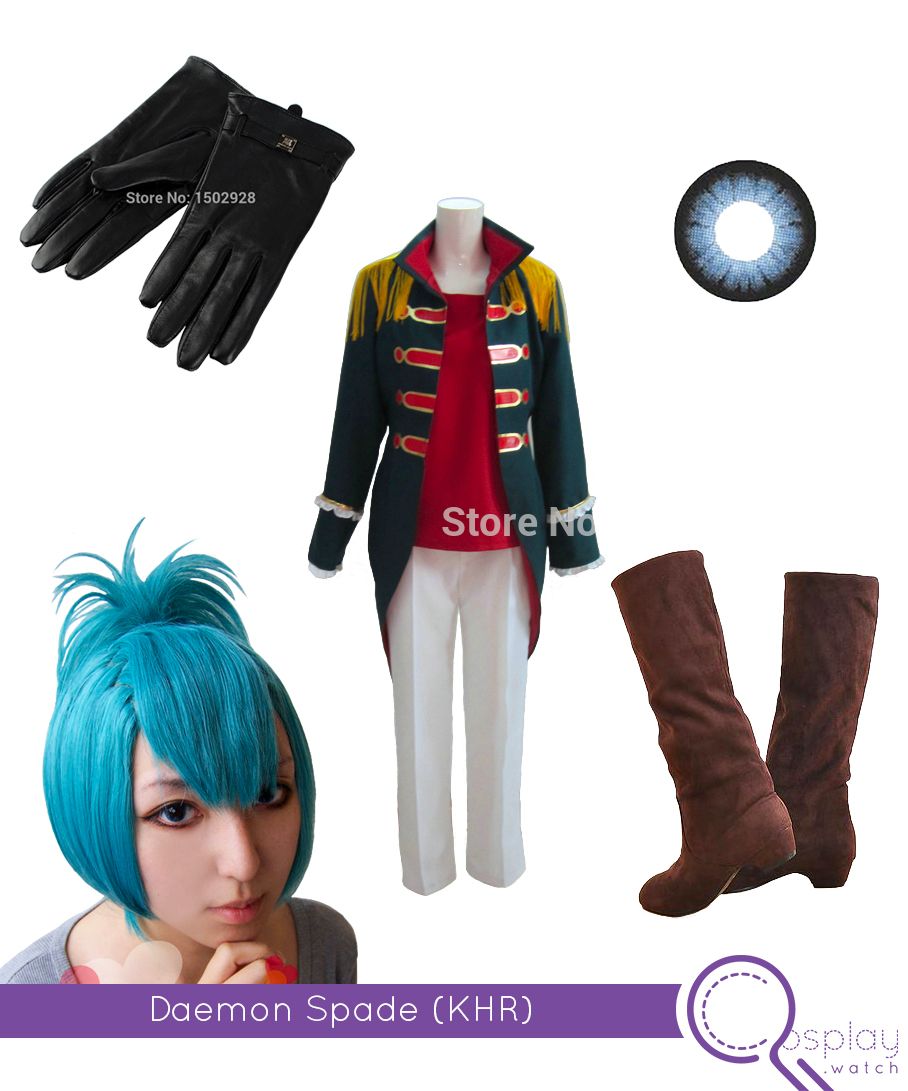